Plenty of blame to go around in shutout loss to Kings 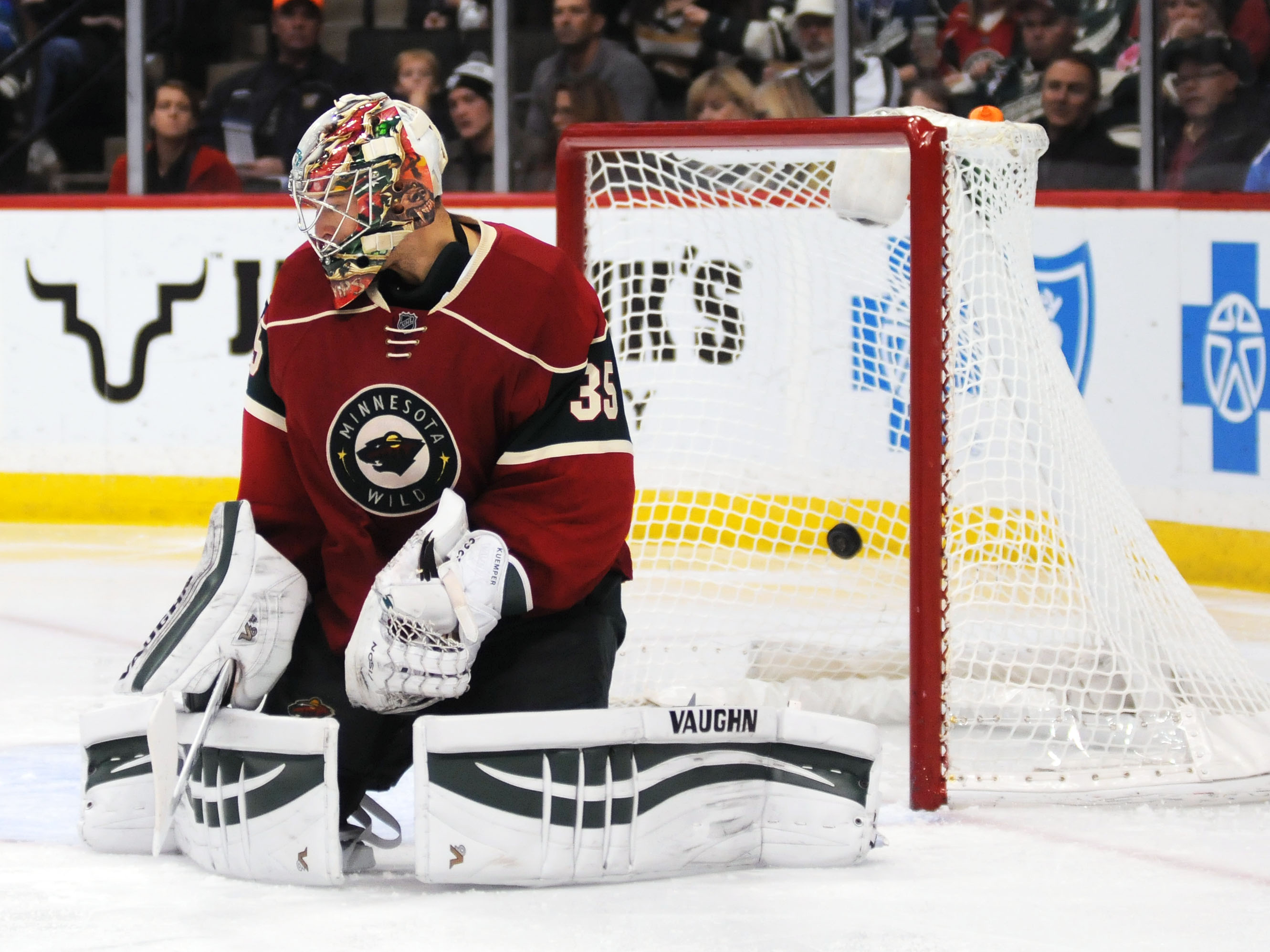 It was a rough but short night for Minnesota goaltender Darcy Keumper who was replaced by Niklas Backstrom after allowing four Los Angeles goals on 10 first-period shots in the Wild’s 4-0 loss to the Kings on Wednesday night at Xcel Energy Center. (MHM File Photo / Jordan Doffing)

Plenty of blame to go around in shutout loss to Kings

SAINT PAUL – After going 7-1-0 through eight home games and 12-8-0 overall this season, the Wild were perhaps due to endure one of those nights.

The oft-snoozing crowd of 19,038 was able to summon a few loud boos after the first period, but even the boos were less free-flowing after two periods.

By then, this had become pretty much the definition of “blah game.”

The Wild, trailing 4-0 at that point, failed to muster a single shot on goal for the first seven minutes of the final period.

Thus, a 4-0 loss to the Los Angeles Kings was inevitable.

Kuemper called it “an off night,” adding, “It was one of those nights where it doesn’t really go your way.”

Even though the Kings were playing the second of back-to-back road games after losing to Nashville in overtime the night before, and even though the Kings came to town with exactly one road victory this season, they seemed to have their way from the beginning.

Mike Richards deflected in a shot 4:21 into the first period for L.A. and three goals in the final seven minutes of the period left Minnesota reeling.

It did, so much so that it’s nearly difficult to remember that the Wild have played mostly terrific hockey for the first quarter of the season.

Even though Matt Cooke and Jonas Brodin are still sidelined by injury and illness, Minnesota has shown an abundant balance with13 players totaling between seven and 13 points.

But this is a team that came into Wednesday’s game with 58 goals, more than just three Western Conference NHL teams.

It’s a team that signed ex-Gopher Thomas Vanek during the offseason to supply a few goals.
Vanek, despite 11 points in 21 games, is on pace to score four goals this season.

He had four giveaways Thursday, one of which led to a goal, and just one shot on net.

The guys who have picked up the slack have been Nino Niederreiter and Jason Zucker. The two have combined for 18 goals and Wednesday, when the Wild outshot the Kings 28-22, Neiderreiter had six shots and Zucker two.

Other notables: Mikael Granlund had one shot, Mikko Koivu one and Charlie Coyle zero.

Compare those numbers to those of defenseman Keith Ballard, who was playing his 600th NHL game on his 32nd birthday.

Ballard, who has no goals and one assist in 10 games this season, contributed two shots and two hits.

Nevertheless, so little went right for the home team on this evening that coach Mike Yeo even claimed a share of the blame, admitting he should have yanked Kuemper after the Kings made it 2-0 and again when it went to 3-0.

He didn’t, and it was 4-0 before Niklas Backstrom entered to start the second period.

“The list of regrets I have right now,” Yeo said, “is very long.”