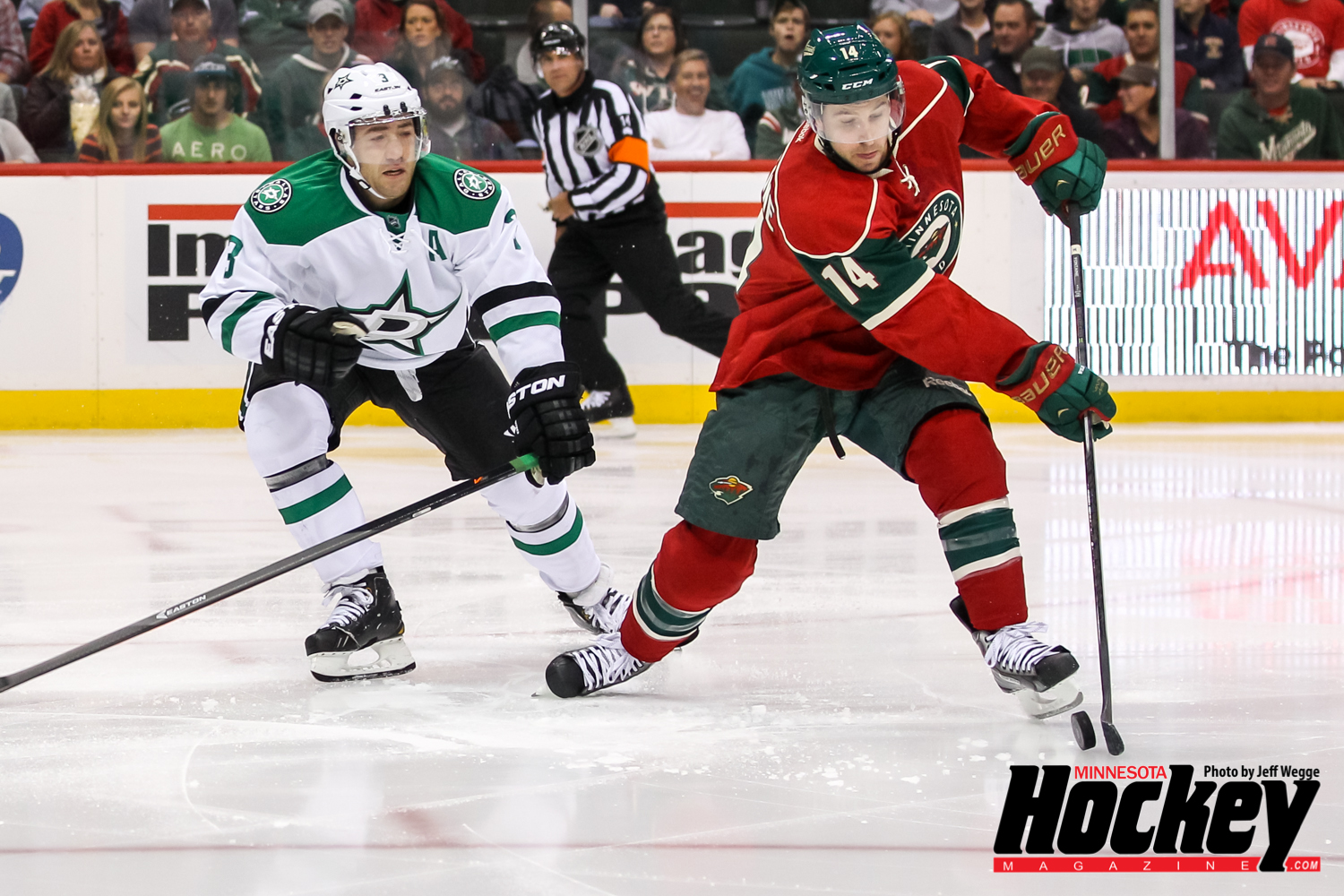 The Minnesota Wild released a statement today announcing it had re-signed forward Justin Fontaine to a two-year contract. The deal is reportedly worth up to $1 million per season according to Minneapolis Star-Tribune Wild beat writer, Michael Russo.

The following is the remainder of the Wild’s release:

Fontaine recorded 21 points (13-8=21) and a plus-6 rating in 66 games during his rookie season in the NHL in 2013-14. He added two points (1-1=2) in nine playoff contests with Minnesota. The 5-foot-10, 177-pound native of Bonnyville, Alberta, ranked tied for the fourth on the team in goals and T-12th amongst NHL rookies. His goal total was the third-highest by a Wild rookie and his plus-minus rating ranked second all-time.

The 26-year-old collected his first NHL goal 12 seconds into a contest against Dallas on Oct. 12, 2013, to set a franchise record for fastest Wild goal to start a game. The goal matched the NHL record for fastest first career goal. He also recorded the first hat trick by a rookie in franchise history when he collected three goals at Phoenix on Jan. 9, 2014.