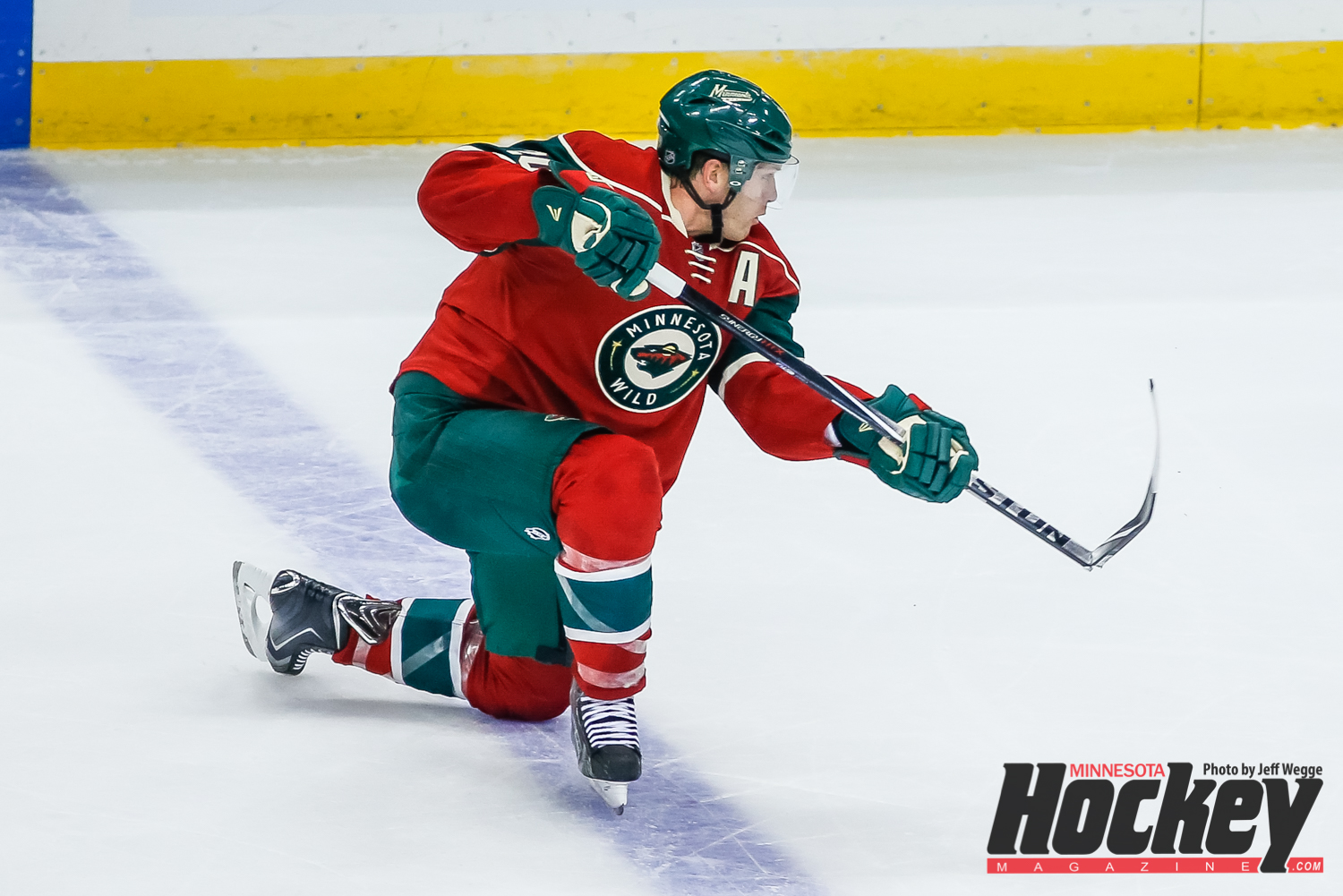 Things appeared a bit grim for the Wild as they came limping home from Boston last week, losers in their previous three games, missing a few key guys and seemingly unable to take the lead in a hockey game.

Trying to make hay in the super-tough Central Division is never easy, but even less so with Zach Parise, Marco Scandella and Justin Fontaine injured and several other players including Jared Spurgeon and Jonas Brodin fighting off illness.

Maybe equally important, Minnesota had formed the very bad habit of falling behind.

In their past eight road games, they led for a total of 1 minute, 12 seconds.

Consequently, everyone involved with the team came to the Xcel Energy Center Saturday fully aware of all of the above … and collectively vowing to change things.

Then they went out and played a nearly flawless game against the Nashville Predators, removing any doubts early and hammering the Preds 4-0 in front of 19,056.

“We were just on,” defenseman Ryan Suter said. “It’s been awhile.”

This time, the Wild took the lead 13:07 into the first period on a point shot by Suter with winger Thomas Vanek screening Nashville goalie Pekka Rinne.

“As soon as that went in, there was a lot of relief for our team,” Suter said. “We’d been chasing, and I think that was what was taking away from our structure and the way that we were used to playing.”

Coach Mike Yeo said that yielding the first goal over and over on the road had “weakened our game.”

“Coming off the road, the trip that we had, I think we talked about playing good hockey right off the bat,” said Vanek, an offensive force all evening who finished with a goal and an assist and now has 16 points. “I think it was probably one of our most complete games.”

This was a group effort, from Devan Dubnyk, who made 23 saves to record his third shutout and 11th win of the season, to Brodin, who scored his first goal of the season, to captain Mikko Koivu, who got an assist for 18 points this season and played with reckless abandon throughout the 700th game of his NHL career.

Suter, whose goal was the first of his career against the team he played for prior to Minnesota, added two assists Saturday and assumed the Wild’s lead in points this season with 19 in 19 games.

After coasting with less than six minutes of ice time in the ho-hum third period and finishing with 26:24 for the game, he was able to relish an evening when the Wild simply refused to let the Predators in the game.

“We hadn’t been playing well at all on the road,” he said. “We knew we had to come home and get this thing turned around quick. I thought we did that; I thought we finally played 60 minutes.”

Even Jason Pominville, who still has zero goals this season, produced two assists to boost his points total to 10 and Granlund netted his third goal of the season while adding an assist.

As well, the Wild showed some toughness. Christian Folin fought Eric Nystrom and Nate Prosser squared off with bad-boy James Neal of the Preds, whose check sent Parise to the injury list on Nov. 5.

“To see guys dropping the gloves out there, you never expect them to,” Dubnyk said, “but it shows how we feel about what he (Neal) did to our best player. It’s important just for the symbolic part of it. Guys are going to go out and play for each other.”

Also important, with three days prior to their next game, is the Wild may soon get Parise back in the lineup, while Fontaine and Scandella are not far behind. Too, other guys will have a chance to shake off lingering illnesses.

Injuries and illnesses hurt, Vanek noted, but he stressed that the Wild “are a deep team.”

Deep and with a brighter outlook after Saturday night.

But they worked for it.