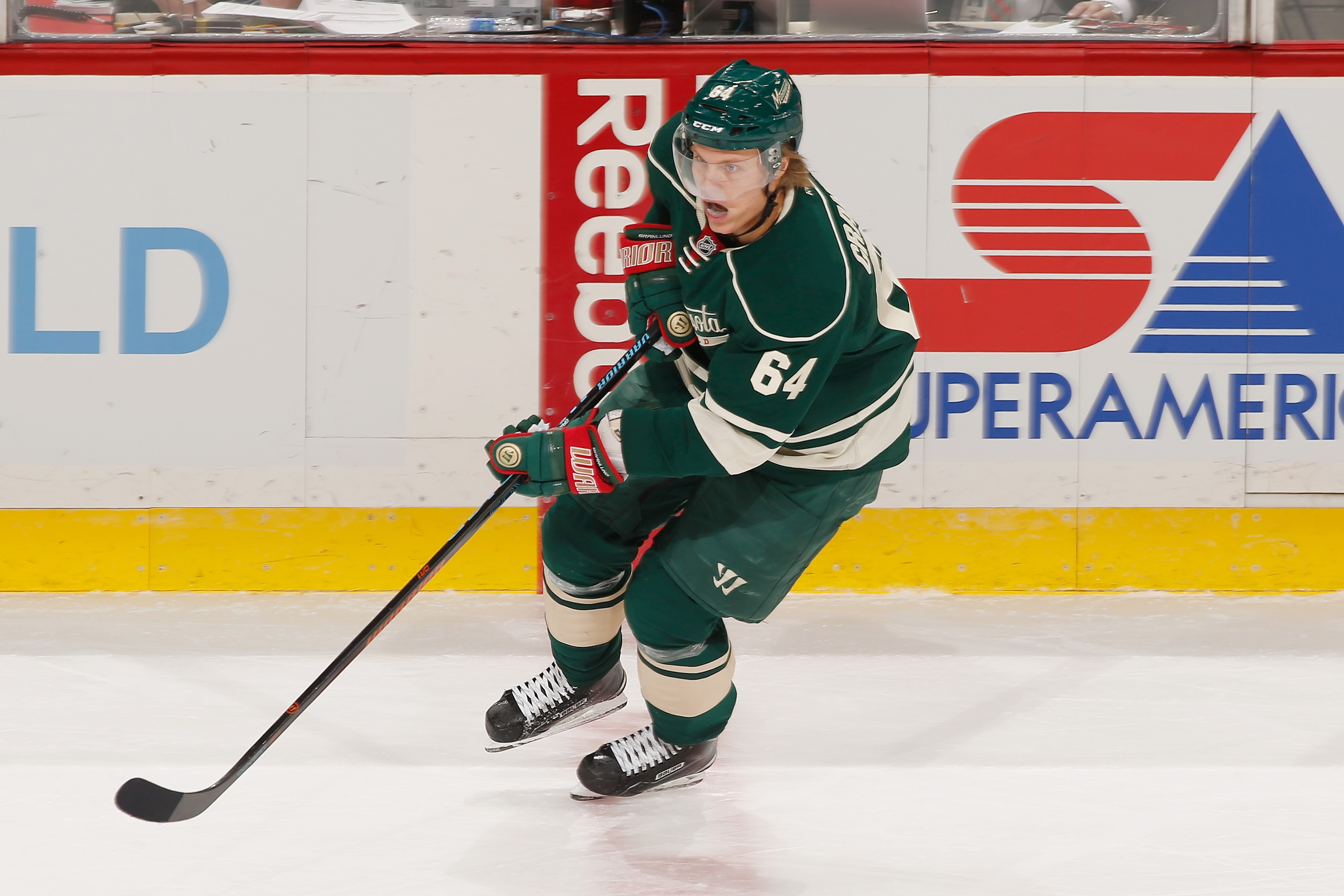 Wild F Mikael Granlund scored his first goal of the season in his 100th career NHL game against the Dallas Stars on November 1, 2014 at the Xcel Energy Center in St. Paul, Minnesota. (Photo by Bruce Kluckhohn/NHLI via Getty Images)

With the turn of the calendar, the Wild seemingly took the date to heart, checking off a few firsts of the season on Nov. 1.

In its 4-1 win against the Stars, three of the four goal scorers netted their first of the season. But wait, there’s more. Two of Minnesota’s four goals on the night were power play goals.

After going 0-for-28 on the power play, the Wild finally capitalized on its 29th man advantage as Thomas Vanek netted his first of the season from the doorstep of Stars netminder Kari Lehtonen. It was the proverbial monkey-off-his-back moment for Vanek who has been known for his scoring touch his entire career. His relief was visible from the press box.

“First of all, I’m not that much of a celebrator, unless it’s a really big goal,” Vanek said. “It’s just more of a relief than anything I guess. Even better that it was on the power play, as you guys know, we’ve struggled on the power play. It was nice to break my streak and break our team’s streak at the same time.”

“Even though it didn’t look like much, it felt great.” 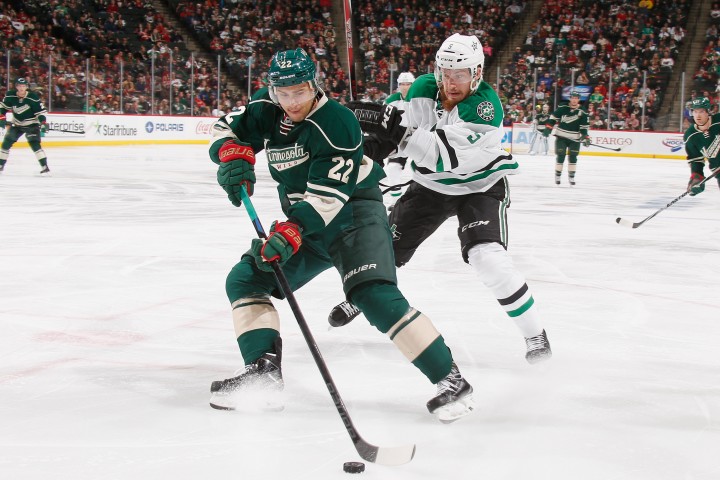 Minnesota’s Nino Niederreiter, defended here by Jamie Oleksiak of the Dallas Stars, scored the Wild’s second power-play goal of the season and his third of the year ovrall on November 1, 2014 at the Xcel Energy Center in St. Paul, Minnesota. (Photo by Bruce Kluckhohn/NHLI via Getty Images)

So far this season the winger has displayed his playmaking abilities time and again, leading the team with seven assists on the season. To get his first of the season gift wrapped as a power play goal provided some relief for the whole bench. In fact, the Wild didn’t waste any time tallying its second power play goal of the season, as it capitalized the following opportunity, off of Nino Niederreiter’s stick.

“We were due,” Wild coach Mike Yeo laughed.

“I had a feeling when we got one, that game, we would get more than one, the way it was going. It relieves a burden, that’s for sure.”

While Vanek’s score gave the Wild a 3-1 lead at the time, it was Mikael Granlund who got things started. He put Minnesota on the board with his first of the year as he picked off a Stars pass in the offensive zone and sent the puck high glove side.

Defenseman Matt Dumba got the trend going, firing home his first of the season to give the Wild a 2-0 lead — though it only lasted eight seconds as Vernon Fiddler scored Dallas’ lone goal. The eight-second gap between goals by both teams sets a new franchise home record previously set at 0:10 by Mark Parrish (MIN) and Jonathan Cheechoo (SJ) on Dec. 31, 2007 (15:22 & 15:32 of the third) in a 3-2 loss to the Sharks.

Dumba’s goal marks the second year in a row he tallied his first of the year against the Stars as he netted his first career goal last season against Dallas on Oct. 12.

The Wild will play its final contest of a three-game homestand against the Pittsburgh Penguins on Tuesday at 7 p.m. CT on FOX Sports North and KFAN 100.3 FM.