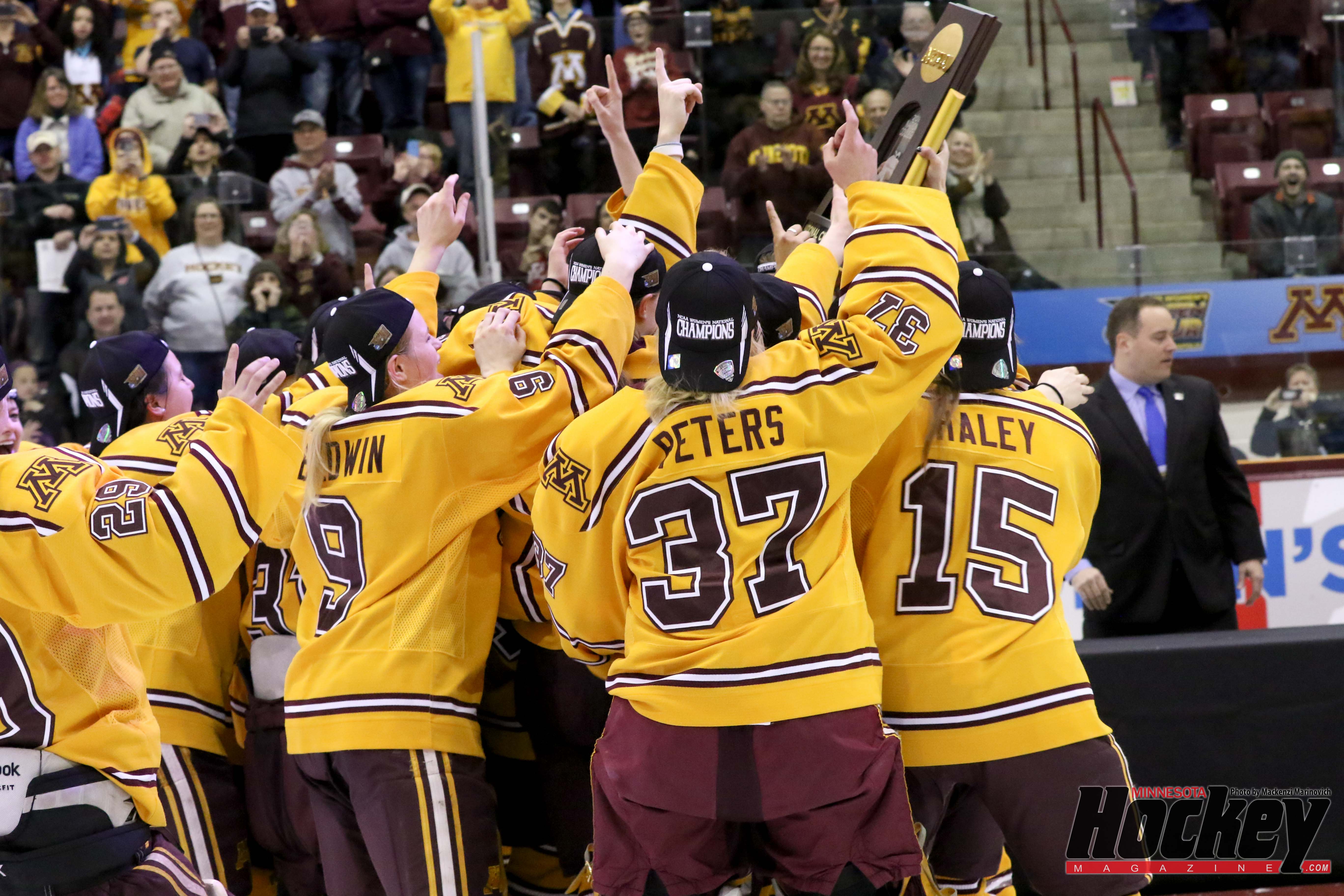 After successful opening weekend which saw six of its teams go 4-0-2 in non-conference action and 3-0-0 in exhibition play, all eight women’s Western Collegiate Hockey Association (WCHA) teams take to the ice this weekend in preparation for next week’s conference openers.

The Maura Crowell era behind Minnesota Duluth bench continues with the Bulldogs (2-0-0) traveling to Boston to face No. 2 Boston College. Crowell’s tenure got underway last week with a pair of road wins at Lindenwood led by WCHA Offensive Player of the Week Ashley Brykaliuk. The junior forward compiled five points (2 goals, 3 assists) in 4-3 and 4-1 victories.

Senior goaltender Kayla Black stopped 48 of 52 shots in her 103rd and 104th career games between the UMD pipes. The Bulldogs’ career leader in shutouts (19) and saves (2,558) is now tied with Rita Schaublin for the most games played in team history.

Like UMD, No. 9 Bemidji State takes its undefeated record and heads east this weekend to take on Vermont. Jim Scanlan’s Beavers (1-0-1), 11-9-1 on the road last year, opened the season with a win and a tie against Robert Morris University at the Sanford Center.

Sophomore defenseman Alexis Joyce had a big weekend to earn her WCHA Defensive Player of the Week honors. Joyce tied for the team lead with three points, including the season’s first goal for BSU, and was a plus-5 with two blocked shots. Returning first-team All-American goaltender Brittni Mowat made 18 saves in Friday’s 3-1 win over the Colonials.

Crowell was not the only rookie coach to get off on the right foot last week. New Minnesota State coach John Harrington also enters the weekend undefeated after his Mavericks (1-0-1) tied and defeated Union College at home. WCHA Rookie of the Week Corbin Boyd made her first career goal even more memorable by scoring Friday’s game-tying tally with just 1:48 remaining in regulation.

Minnesota State takes on the Rochester Institute of Technology (R.I.T.) this weekend in Rochester, N.Y., less than 300 miles from Lake Placid, N.Y. where Harrington and his Team USA teammates defeated the mighty Soviet Union their way to capturing an Olympic gold medal under coach Herb Brooks.

Like the Gophers, St. Cloud State opened its season with a one-goal win over the Minnesota Whitecaps last week. Second-year coach Eric Rud’s Huskies have the privilege this weekend to welcome Merrimack College to Division I women’s college hockey.  SCSU travels to North Andover, Mass. to face off against the Warriors in their first-ever regular season games.

Elsewhere around the league … Four-time Olympic medalist and two-time WCHA Player of the Year Jenny Potter officially returns to the league this weekend for her D-I head coaching debut with Ohio State as the Buckeye hit the road to take on Lindenwood. … Wisconsin heads west to open its season in San Jose, Calif. The No. 3 Badgers face Providence in a two-game series at Sharks Ice – the official training facility for the NHL’s San Jose Sharks. … North Dakota begins its regular season in Troy, N.Y. with a series against RPI.