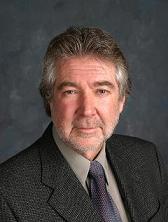 Dr Walter Epp, The Professor, chronicles his experience in Europe to do research and to play hockey in Zell am See, Austria.

Dr. Walter Epp has been teaching History and Canadian Studies at Lakehead University in Thunder Bay, Ontario since 1991.  In 2005 won the Lakehead University Distinguished Instructor Award. During 2004-2005, he was seconded by the University of Calgary for work on the Kosovo Educator Development Program as Senior Advisor to the Dean of the Faculty of Education of the University of Pristina, Kosovo. Since 2005, Dr. Epp has guest lectured extensively in Canadian Studies Centers in Central Europe and has connected Canadian Studies Graduate students in the Central European region in a virtual on-line learning community while conducting research on Canadian involvement and contribution on the Eastern Front during WW1.

The planets (and the stars) line up.

I had heard about the Hockey tournament in Austria through “Clarkie” (Robin Clark from Thunder Bay), and it sounded very interesting – “hmmm…” I thought to myself, “sabbatical research trip combined with hockey?” Could I be so lucky?

“There’s plenty of Hockey right here in Thunder Bay Walt,” she said. “And you want to play for the USA? Walt, you know what your mother-in-law will say about that.”

“Well I think it will be interesting – it is an international tournament and it’s not really the USA – it is Minnesota – they’re just like us – eh? And beside I would be combining two trips in one – just think dear – how much money we’d be saving!”

“Yeah right, Walt – go out there and ‘save money.’ Have a good time.”  And I did. I flew to Munich on September 14 and interviewed Georg Hoegel who is the 95 year old WW2 former POW who was held in a bush camp near Thunder Bay from 1942-1945. He has written a book about his time on the German U-boots during WW2. Georg was the radio operator on the U-30 and it was on September 3, 1939 that the U-30 misidentified and mistakenly torpedoed and sank the British passenger ship S.S. Athenia bringing Great Britain into the war. Of the 1418 passengers on board (300 were US citizens) 98 passengers and 18 crew members died. I am translating his book “Zwischen Groenland und Gibraltar” into English.

I then headed for Zell am See, a delightful, picturesque village high in the Austrian Alps, to leave my hockey equipment while I headed to the “Eastern Front.”

From the diary entry of Walter Epp: Saturday, September 22, 2012

It was delightful exploring Zell am See deep in the heart of the Austrian Alps. The Station stops ‘Kitzbuhel’ and ‘Hahnenkamm’ evoked memories of Austrian skiing greats – Herman Meyer, Johann Kniewasser and Anna Marie Moser. This is where we will play in the “Oldies” as it is known locally, where the Masters (60+ division) from various countries come to compete.

I’ve stopped here on my way East to deposit my hockey gear until the tournament begins in 10 days. I cut quite a swath through several large European cities with my hockey bag on wheels that should carry a WIDE LOAD sign. One does get the odd stare carrying a hockey stick but mostly people are intrigued and I had several brief but interesting conversations with fellow travelers beginning with “Canaddin eh?”

I spent an extra night in Zell because I was charmed by the little mountain village. There didn’t seem to be many evening entertainment options though – that is until I saw “ICE HOCKEY (Tonight 19:30) Zell am See ICEBAEREN vs LUSTENAU.

I couldn’t remember the last time I had watched an entire hockey game and at the recent Lakehead University Thunder Wolf games, where I occasionally bring my grandsons, we never last beyond the 1st period. Stocked up on junk food we watch the warm up, we are fascinated by the Zamboni making its rounds, we are awed by the anthem (“Papa sings so loud”) and then the highlight – ‘the mini-game’ during the first period intermission. But then we are pretty much ready to go.

So I thought, “why not take in an Austrian Inter Nation league game?”

“Wollen Sie sitzen oder stehen?” There seemed to be some confusion.

“Sitzen bitte.” The cashiers looked at each other and whispered something I couldn’t quite understand.

So I entered the arena with my excellent ‘sitting’ ticket – 13 euros – “hummm…” I thought “this better be good.”

The teams were warming up. Lots of color, lots of noise – not that many fans.

And then the highlight: (non hockey)

I ordered 2 Frankfurter Wienerli that come with mustard, a bit of sauerkraut and a crispy bun…. along with a beer – exquisite.

The warm up music sounded like something from Beethoven or Bach.

How to find my seat? I had to ask an Security person. He pointed vaguely in a general direction but then he added that it really didn’t matter as there would be plenty of room. Which there was. It turns out that I was likely the first ever to purchase a ‘sitting place’ which would explain the unusual confusion in the ticket office.

The international ice surface looks huge. The game begins. There seems to be a lot more ‘east-west’ than ‘north-south’ that we’re used to in North America.

Lustenau 1: the defence man slapped it along the ice and the winger got his stick in it and deflected it in.

Lustenau 2: scramble in the crease on a power play and the winger popped it in.

Lustenau 3: a disputed goal – Zell claimed their goalie was being interfered with. They might have had a case but the referee (what a jerk) seemed think that their player was pushed into our goalie by our guy. The Zell fans, which by now included me, erupted in a cacophony of whistles and cat calls.

Zell 2: bad change by Lustenau – break away – quick shot to the top corner.

Lustenau 4: a short handed marker – the forechecker got control and flipped the puck in front where it was tipped in.

Final 2-4 for them – we, the Zellers, lost our front page feel good story about leading the league in points.

I know Central Europe quite well having lived, studied and worked in the region. In 2005-2006 I spent a year at the University of Pristina, Kosovo with the Canadian International Development Agency in supporting the Kosovars in Educational reform and had guest lectured in Canadian Studies Centers in Kiev, Chisenau, Bucharest, Sophia and Athens.

My research focus during my sabbatical is “World War 1- the Eastern Front.” With the 100th Anniversary of the beginning of WW1 coming up (June 28, 1914) there is renewed interest in WW1. Although decisive action occurred along the Western Front it was the action on the Eastern Front that heavily influenced the outcome of the war. My intention is to tell (re-tell) the story of WW1 emphasizing the contributions of the countries along the Eastern Front.

The time along the “Eastern Front” was filled with visits to archives and libraries and conducting interviews. I made a presentation to a Bucharest High School History class on Canadian involvement on the Eastern Front, specifically Romania, in WW1.

But the upcoming hockey tournament was always in the back of my mind and taking the stairs rather than the escalator or elevator was my modest attempt to stay (get) in shape.

And then back to Zell am See where I met my teammates at the Pension Herzog and after a great meal and a round of introductions we were ready to go.

Over the next days we met some very good hockey teams. We came up against teams comprised of great skaters, terrific passers and strong shooters. It would have been a big mistake to underestimate them.

Nothing was easy but we had a terrific goalie – Charlie Holland, an airline pilot in his other life.

The 1st game we won against Austria 2-0.

The 2nd game we won against Finland 2-1.

The 4th game was a formality as we had already won the division but we beat the Germans 11-1. We are the champions with a gold medal to show for it.

There was very little scoring in any of the first 3 games – just enough to win. Larry Stordahl’s “breakaway” goal for the win against Canada was certainly the highlight of the tournament as much for the speed at which it developed as for the importance of the goal. There was a collision between the Canadian winger and Canadian right defense man. They hit each other hard and both thought that they had been crushed by a Minnesota player. So they came up swinging – at each other – giving Larry a breakaway from our blue line.

The play seemed to unfold in slow motion. Larry was at the end of his shift when this glorious opportunity presented itself. But what could he do but dig deep! It seemed like forever for him to get to the red line, an eternity to reach their blue line but finally he’s on approach to the net. The confused Canadians were busy apologizing to each other and were nowhere in sight and if they had been it wouldn’t have mattered because closely following Larry was Bill Rossini who could have run interference had it been necessary.

The two were chatting up the ice about this and that and generally having a nice time. Who ever heard of running down the clock on a breakaway

But now finally down to business. Larry is on his forehand and he sold the goalie on a forehand deke to the short side and then brought the puck through the top of the crease to his backhand. This got the goalie down and moving and Larry snuck it in under his pad. 1-0.

The Professor in uniform, front row, 3rd from the left

And that is all we needed as Charlie ‘stood on his head’ and our defence was uncompromising.

But now we were playing our last game and I hadn’t scored yet although I had hit the post and had a few other near misses. I’m used to scoring and I expect to score so I was wondering when my moment would come.

It came late in the game. Our fore checking winger, Jack Skjonsby, forced them to cough up the puck in slot. I was covering the breakout pass in the high slot. I saw the play developing – the German defence didn’t. I stepped around the defence man, picked up the puck and fired it along the ice to the short side. 10-1.

Of course we were conscious of running up the score but when the opportunity such as this presents itself instincts take over. My 2nd goal was also interesting as Kevin Milbery circled and slide across a pass that I one-timed into the net. I didn’t see it go in but it must have been just inside the far post – high. That made it 11-1.

There were lots of nice goals. A very big one was Frank Schreiner’s when he walked in from the point and rifled a beauty to the top corner. It was huge, the first goal of the game, making it 1-0. Another big one was Bill Rossini scoring with 1 second left in the 1st period to make it 3-1. Scoring in the last second is such a good idea I’m surprised more teams don’t do it. Yet – he seemed to hurry his shot a bit as he could have run the clock down another half second.

It has given me renewed respect for US hockey.

“Yes Martha (Milbery), next time Juanita will come along.” (It is dangerous leaving her at home – while I was gone she bought a farm).