X marks the spot for Zach Parise on record-setting night 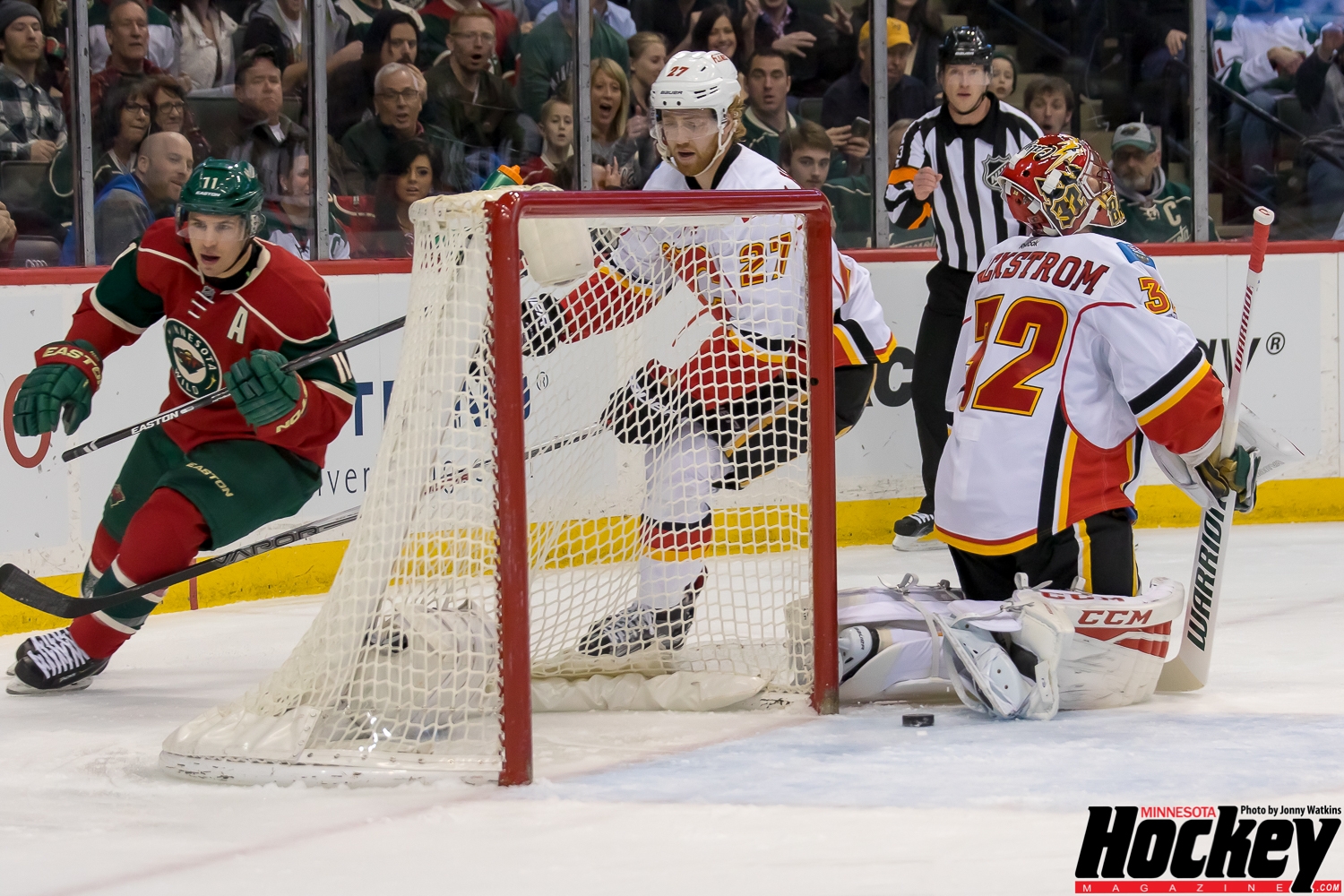 X marks the spot for Zach Parise on record-setting night

St. Paul – The scoreboard camera at the Xcel Energy Center gave 19,032 fans a vivid example of Zach Parise’s feelings after the Wild winger roofed a goal 5:21 into the first period Thursday night.

After a long stretch of fighting things, Parise was spotted at the bench wearing the grin of someone who had just scored and, perhaps, had terminated a stretch of futility. It was just his second goal since Feb. 15 and third since Jan. 20, but he utilized some of that old, familiar stick magic he’s known for.

And — absolutely — it marked the end of his so-called slump.

Parise scored again just 46 seconds later, then deflected in a power-play goal 10:27 after that to become the first Wild player to record a hat trick in one period. His three goals in 11 minutes, 12 seconds also set a franchise record, and his third hat trick of the season was his first at the X.

But Parise was not finished.

He picked up an assist on Jared Spurgeon’s second-period goal for a four-point night as the Wild defeated the Calgary Flames 6-2 for their fourth consecutive victory to stay in eighth place ahead of Colorado in the NHL West.

The big game for Parise has been looming. Coach John Torchetti said he could see how close Parise was even through the near-misses.

“He’s a great player,” Torchetti said, “and things started going. His battle level was up there and compete-level. He was in good situations the last few games. The whole team was happy for him tonight because he had a breakout game for us, and we certainly needed it.”

Parise leads the Wild in goals with 22, shots with 213 and winning goals with six, but had 16 goals and 11 assists on Jan. 10 before the struggles mounted and — coincidence or not — the team’s nosedive to temporarily out of a playoff spot worsened.

“That’s the way the game goes,” he said. “It doesn’t always go the way you want it, the way you plan, so hopefully from now on we keep generating some more offense and keep playing more like that.”

He’s been feeling good of late, he said, and kept pushing to resume his role as a top scorer.

“Some more looks, some more chances,” Parise said. “You never know. Fortunately tonight they went in.”

Parise could have had a career-high five points Thursday: It was his pass to Spurgeon, deflected twice by a Flames defender, that led to Spurgeon’s second goal of the game and 10th of the season in the third period. Spurgeon was credited with an unassisted goal.

Parise was not happy.

“Our scorers are sleeping sometimes,” he said with some frustration. “I’ve never seen a home rink that’s tougher to get points in than ours. Seriously.”

Spurgeon, who became Minnesota’s 12th player with 10 or more goals this season, said, “He should get an assist; I wouldn’t get the puck if it wasn’t for him.”

The result wrecked the homecoming of goaltender Niklas Backstrom, who went to the Flames in a trade for David Jones on Feb. 29.

Backstrom, the 38-year-old who owns most of Minnesota’s goaltending records but who had not played a game in the NHL in a season and a half, gained new life in Calgary and recorded a victory in his first start for the Flames against Montreal last week. Then he came home as his new team spent two days off in the Twin Cities between games, granting several media interviews to discuss how strange it would be to face his old mates and play in a different sweater in front of the Minnesota fans.

The Finn was given a standing ovation after a scoreboard tribute in the first period, a warm moment considering he had already been scalded twice by Parise.

“You go out there to play to win,” Backstrom said. “It was weird, but you can’t hide behind that. It sucks that we lost. I’m glad it’s over.”

While Backstrom is attempting to resurrect his career, Parise took giant steps towards erasing one of the frustrating stretches of his NHL career. And the Wild, who were 22-11-8 on Jan. 9 before going 13-17-3 heading into Thursday’s game, lead the Avalanche by three points going into a Saturday afternoon matchup in Denver.