In debut column, Joe Anderson insists one size does not fit all when it comes to summer hockey. 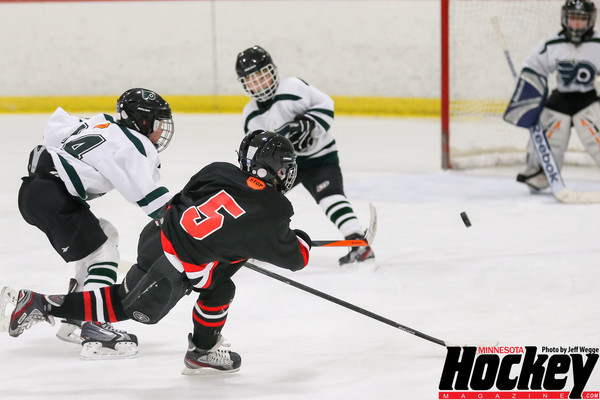 Editor’s Note: Minnesota Hockey Magazine welcomes former KFAN and 1500 ESPN radio personality Joe Anderson, a.k.a. “Mr. Phunn”, to the MHM team as its newest columnist. True to his radio moniker, Joe’s columns will hit on a variety of hockey topics from youth to pro with plenty of fun takes and good humor to go around. Without further ado, here’s Joe.

In debut column, Joe Anderson insists one size does not fit all when it comes to summer hockey.

Back in June, our friends at USA Hockey dropped an email on me with the subject line “An open letter from an “Anonymous Hockey Mom”.

This judgmental missive was purported to be written by a Hockey Mom that is tired of the grind and fed up with the way her kids are being pushed into TOO MUCH HOCKEY. She’s had it with the overzealous hockey schedule, and is fighting back … anonymously of course.

As much as she would like us to believe this is her personal therapy, it’s really a passive-aggressive, two-handed verbal chop to parents that have the nerve to bundle up and visit a rink in the summer.

I love this beauty … “I don’t want to dictate family life by the hockey schedule. It’s nice for everyone in the household to be able to take a breath and have some downtime. That’s what summer vacation is for: biking, swimming, camping, baseball, Frisbee, and just being kids.”

So what is being implied, is that by spending time at a rink in the summer, our children are deprived of all those other fun things kids do when the gulag doors are opened and school is dismissed.

Feel free to engage in your own self-analysis – here’s mine.

My kids skated this summer (I know – BAD DAD) and, if memory serves me correctly, most of their ice time occurred on weeknights (maybe twice a week) after dinner had been served. We would load up the car, hop into rush hour traffic, and spend an hour beating the summer heat in a nice, cool arena. They loved it, made new friends, and learned a thing or two. At no point did either one of them complain and they even told me (GASP) it … was … fun (REALLY BIG GASP).

While they were skating, I met parents that were running from a baseball game to the rink to a sleepover and back again. All done in the name of loving their kids and making them happy. I also met coaches with a passion for teaching and a smile on their face to greet their players. I spent long weekends at tournaments and saw people from around the state enjoying the game.

And you know what else? My kids went swimming on a bunch of occasions, played baseball & softball, threw the Frisbee around, rode their bikes, and generally acted like kids. They didn’t camp, because this parent hates tents and sleeping bags—call me crazy but I’ll take a hot shower and some thread count over sleeping in the rain and being devoured by mosquitoes. One parenting demerit for me.

Everyone— kids, parents, and coaches—seemed happy, which led me to believe that maybe it’s ok to spend a little time skating in the summer!

Further Evidence of Our Bad Parenting

“Anonymous Hockey Mom” isn’t the only parent fed up with youth sports and hockey, here’s a couple of other examples.

And this beauty from the StarTribune last winter … We are parents of “Prima Donnas” and not nearly as accomplished a cross country skier as the author, mostly because we spend all our time dragging the kids to the rink and conspiring to take ice time away from players we don’t know.

Maybe I Need Some Written Therapy…

So I thought, for the sake of fairness, I would write a brief open letter to “Anonymous Hockey Mom” and all the other passive-aggressives that question our parenting and passion for youth sports.

An open letter from a Hockey Dad –

As the season approaches, I hope each of you (parents and kids) had a great summer. If you skated during the offseason and had fun – good for you! Everyone should spend time doing something they love. I also hope you had time to bike, swim, throw a Frisbee and enjoy other activities, except camping – because it usually rains and the skeeters are awful!

I bet you’ve started warmups, and for the older kids maybe even tryouts. Can I tell you something? Whatever happens after tryouts, you’re going to have a good time playing hockey as long as you (and your parents) follow a couple of my rules.

There are probably a few I missed, but you get it. Whether you’re skating all summer long or strictly during the winter, hockey will be fun as long as you make it fun … and you don’t have to feel guilty about enjoying every second of it!