Buetow’s will be Roasted on May 8th in Oakdale 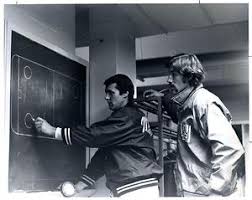 Brothers will be Roasted on May 8th

The Buetow brothers, Brad and Bart are coming back to Minnesota in a celebration of their hockey days.  It will be a night to remember as they are honored for their contributions to the game.

The Buetow’s will be roasted by the Old Timers Hockey Association on May 8th at the Envision Center in Oakdale.  The Envision Center (formerly called the Prom Center) is located at 484 Inwood Avenue in Oakdale.   The event starts at 5:15 with a full cash bar, a steak dinner at 6:30, and the program at 7:30.   Tickets are $35 individually or a table of 8 for $280. 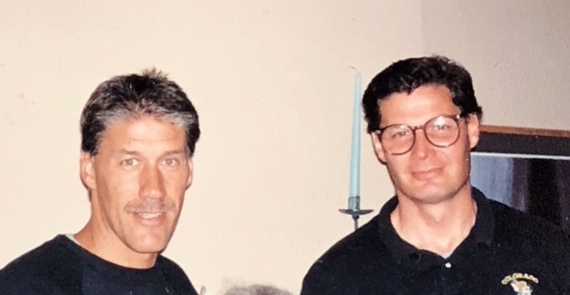 U of M is the springboard.

In the late 60’s, the Buetow twins (born October 28, 1950 in St. Paul) came to the University of Minnesota, on a hockey scholarship.  The twin brothers excelled in high school, each winning all state honors in three sports, Football, Hockey and Track.  Bart would lead the state in scoring his senior year.

While at the U, the brothers played hockey for Herb Brooks, Ken Yackel and Glen Sonmor.

Sonmor was a fiery coach who would really inspire guys, and left mid season to take over the new St. Paul Saints that were playing in the WHA.  Ken Yackel then took over where he was a structured fundamentalist.  Yackel was an amazing athlete and hockey player.  In 1968, the players could not play varsity since freshman were still ineligible to play varsity sports.  The freshman coach was Herb Brooks, who later would become the varsity coach.

Both Brad and Bart played multiple varsity sports. Bart lettered in three sports for all three years.  He is the most lettered athlete of his time, lettering in Football, Hockey and Track during his career at the U.

Brad lettered in all three sports his sophomore year, but decided to focus more on his hockey and track, and lettered 7 times while at the U.  In track, he was the team captain, and high jumped over 7 feet.

Both were solid students and were William Scholars.  Bart finished with a degree in Architecture and Engineering while Brad went the teaching route, getting a Masters degree in education.

Bart had a 7 year career in professional football, playing for the New York Giants, Minnesota Vikings and Denver Bronco’s.  Amazingly, after the Giants football season ended, he also played in the New York Ranger farm system.  He played professional hockey in January thru March for Syracuse Blazers.

While playing for the Minnesota Vikings, Bart played on a Super Bowl team, only to fall short of the championship.

After Bart was traded by the Vikings to Denver, he injured his neck in his first game with the Bronco’s.  He stayed in Colorado and still lives in Denver today.

After their playing days, both have done well professionally, with long successful careers in their respected fields.

Bart used his education and is now a successful home builder.  Brad went on to played for the Cleveland Barrons of the WHA, but after signing a three year contract, hurt his knee.  After his injury, Brad continued his career in hockey and used his education degrees to get into coaching.

After he got a phone call from Herb Brooks, he was given the opportunity to become the first full-time assistant working alongside the legendary Brooks.  In 1974, Brad began his new trade in coaching at the U,

He noted, “Herbie got me the job, I learned a lot.  He was the best X’s and O’s coach I have ever been around and it was an honor to be his assistant”.

Brooks is considered one of the greatest hockey minds ever.  Other coaches that later influenced Buetow include Scottie Bowman and Mike Babcock who he worked with in the NHL in Detroit, along with  Badger Bob Johnson who he got to know very well when Johnson lived in Colorado.

When Herb Brooks became the Olympic coach in 1979, Brad then took over as Head Coach at the U, where he amassed a 172 75 -8 record.  Beutow had the highest winning percentage of any coach at the U, and when it appeared Brooks was going to come back and coach the Gophers, his contract was not renewed.  He moved on and went out west to coach in California.

His new team was an independent team that played in the Great West conference based out of San Diego.  While coaching the US International Gulls his team was ranked in the top twenty but when the cost of ice time doubled, the school could no longer afford to run the program and it was time to move on from Southern California to Colorado, where he took over a struggling Colorado College program.

Overall, after playing pro hockey, Brad would win over 500 games and was named the College coach of the year 3 times with 3 different teams, Minnesota, Colorado College and US International.  He coached a total of 21 years at the collegiate level and another 15 years at the pro level.  He still has the highest winning percentage all time of any University of Minnesota coach.

Brad also was able to run a successful hockey school for 38 years in fifteen different states including Minnesota,  California  Utah, Arizona and Colorado. 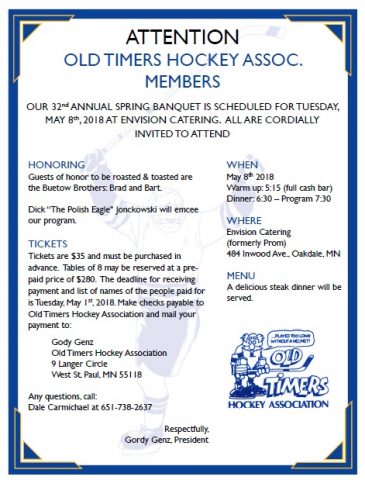 The Beutow’s are looking forward to coming back home and seeing many familiar faces.  They have fond memories of their years in Minnesota and hope to see many at the banquet.

If you are interested, call today, as the deadline for registration is Tuesday May 1st.